I somewhat unexpectedly got a second Daily Deviation over on DEVIANT ART, this time of the Goblin Freelancer: 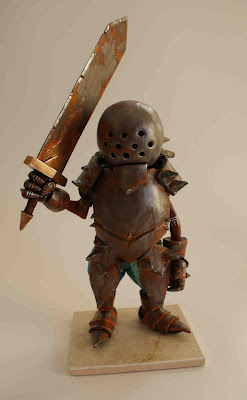 Goblin Freelancer
Originally sculpted with an aim to secure my place on a business start up course while at university, the little fellow is currently on display at the University of Worcester along with a few other maquettes, including Hercules and the Space Cow!

All the best!
Posted by SpacecowSmith at 16:55 No comments:

A while back I sent a tiny rusty robot to a chap called Thomas and hes very kindly sent me some rather fantastic artwork as a thank you! 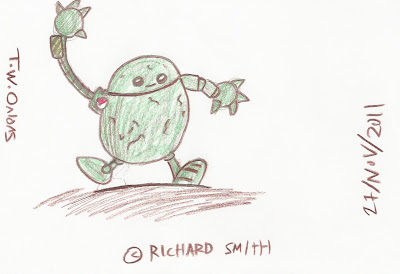 I do think hes done a rather fantastic job. He also has a DEVIANT ART page which is worth a peek!

All the best!
Posted by SpacecowSmith at 03:47 2 comments:

Well I have already failed to add a picture from my sketchbooks every day but I haven't been idle!

I always carry a tiny A7 sketchbook in my pocket along with a pen so that any time I have an idea I will sketch it down. Heres a couple of examples: 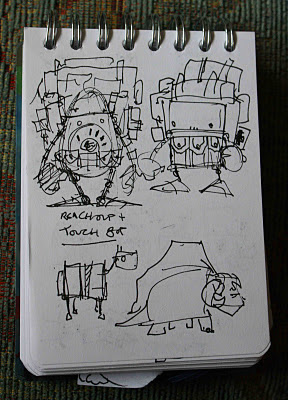 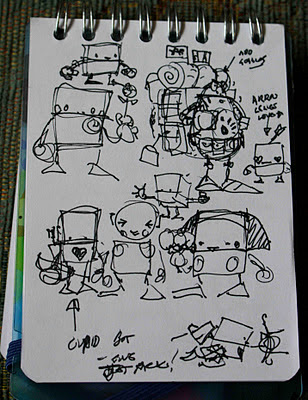 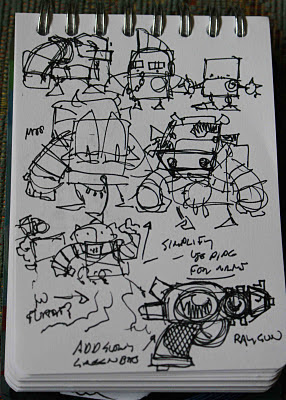 I found that I often came up with a concept when I was out and about and by the time I got home I had forgotten about it so settled on the small sketchbook as it allows me to jot down anything that comes into my head. In this case its got some very early concepts for some new robots, namely the Valentines Series and the Reach out and Touch Romania robot I am planning on making. Theres also a bit of a sketch of a new Spacecow I hope to make soon too.

Although these are really very rough and no more than thumbnails I find them really handy when it comes to developing ideas as I have collected a back catalogue of small sketchbooks with doodles and ideas in them which can be altered and refined in a slightly larger and organised manner when required.

They are also very handy for sketching people, a practice my Animation lecturer would encourage us to do as often as possible. I would second this as I find it an invaluable practice. 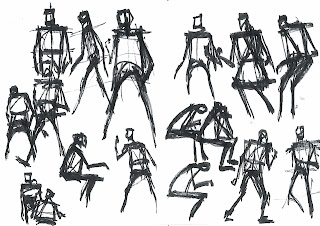 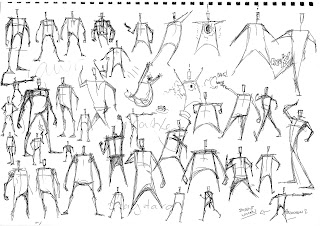 Slightly Developed
They might only be very rough but they give one the basics of pose, movement and eventually developing a believable character. The sketches above come from the same project that resulted in my Space Captain Smith concept: 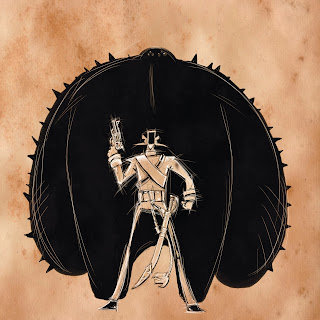 Space Captain Smith
Hopefully I will be able to show the development of these new sketches or at least continue drawing more and adding them here!
All the best!
Posted by SpacecowSmith at 02:45 2 comments:

I have just taken a quick picture of some tiny pack Yaks I've been working on:

Pack Yaks!
They are 15/18mm scale and stand roughly 20mm tall by 25mm long and are made out of greenstuff over a core of sculpey.

I've really enjoyed working on them and will post some pictures of the little fellows as soon as they are painted!

All the best!
Posted by SpacecowSmith at 00:43 4 comments:

Heres the third and final on the series, the Bauble Bot: 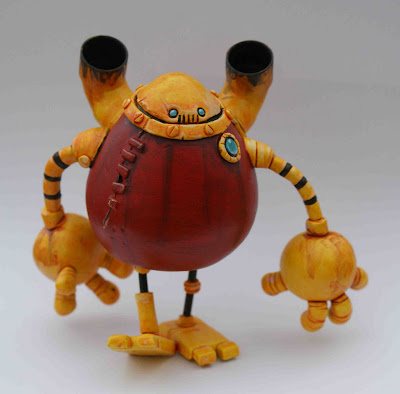 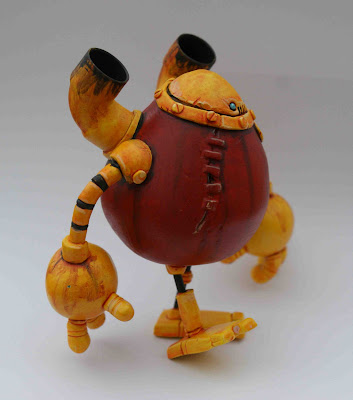 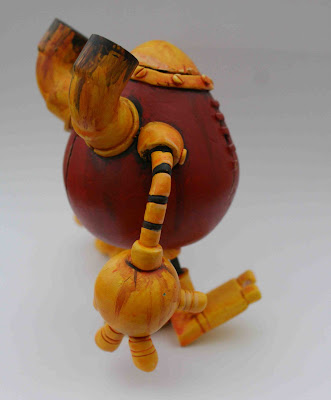 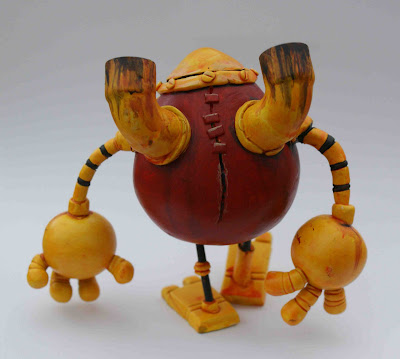 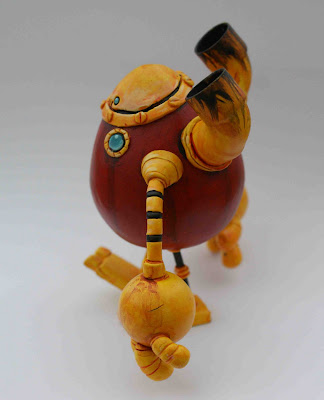 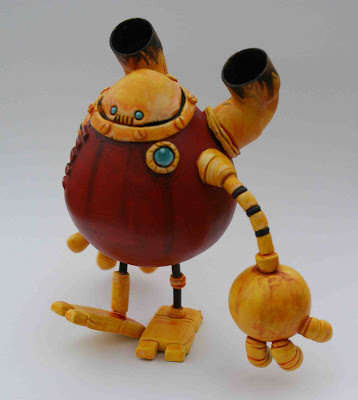 The Bauble Bot
Heres a group shot of all three: 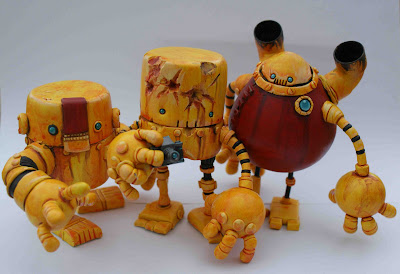 Nutcracker, Camera and Bauble Bots!
The Bauble bot will also be going on ETSY today!

All the best!
Posted by SpacecowSmith at 02:17 2 comments:

Heres the second in the series, the Camera Bot: 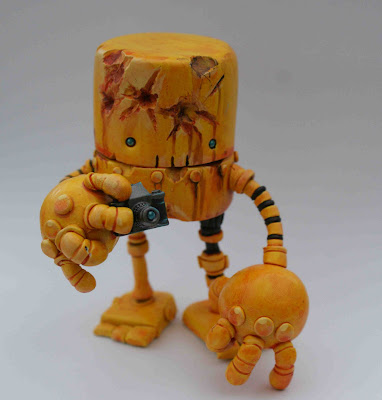 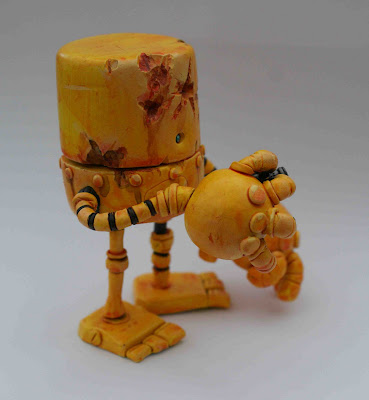 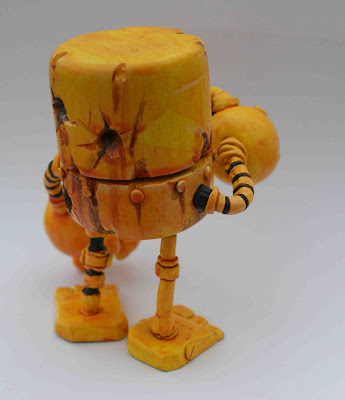 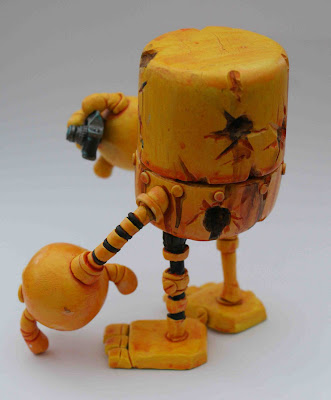 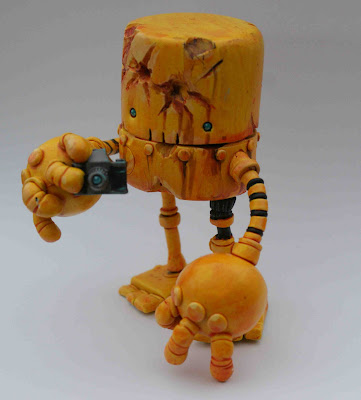 Camera Bot
As always hes getting added to my ETSY store today!

All the best!
Posted by SpacecowSmith at 01:56 No comments:

Heres one of the robots I completed last month in time for the Boutique Market in Portsmouth. As he didn't sell I will be putting him on ETSY today! 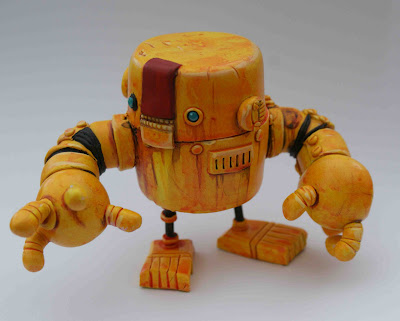 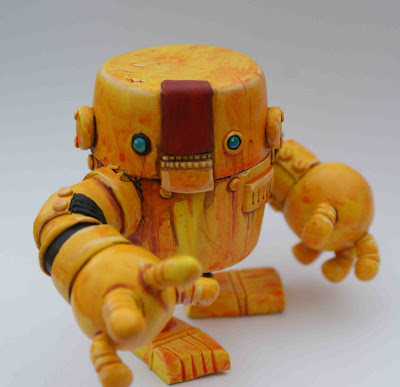 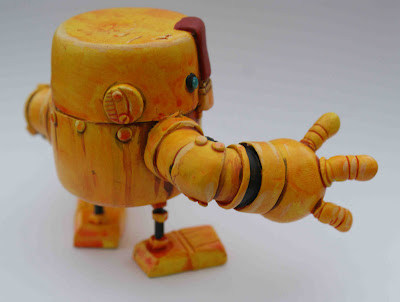 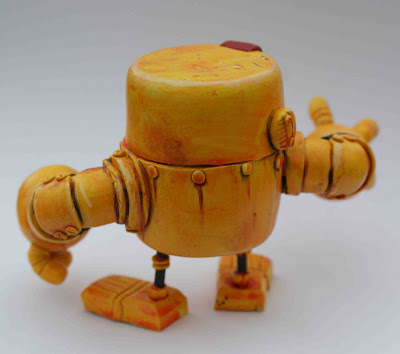 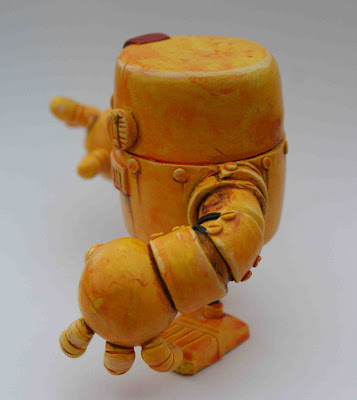 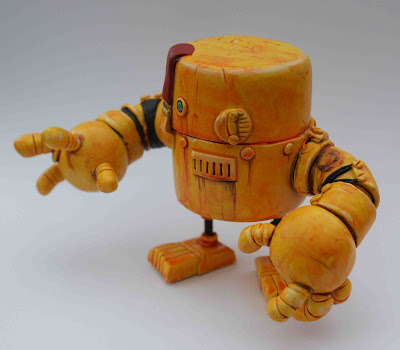 Nutcracker Bot
I have a couple more which will be getting added presently!
All the best!
Posted by SpacecowSmith at 01:30 No comments: