Heres another of my maquettes, this time a Ramshackle Fury: 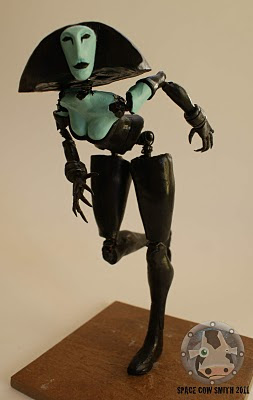 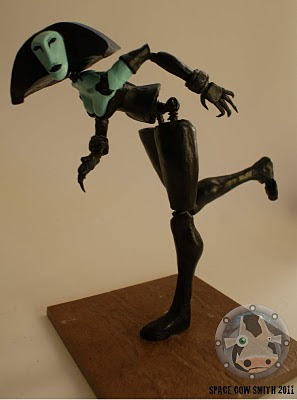 Ramshackle Fury
I based her on the Furies, avenging Goddesses from Greek Mythology but with a modern twist giving her the look of a somewhat damaged yet determined being.

All the best
Posted by SpacecowSmith at 17:38 No comments:

Heres another maquette I produced, this time of  the Rusty Robot Boy: 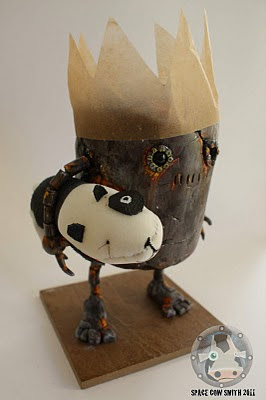 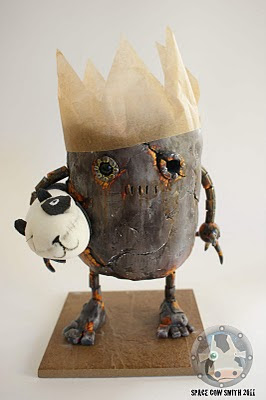 Rusty Robot Boy
Produced from a mixture of materials including sculpey, das clay, wire, foam, paper and fabric, the Rusty Robot Boy was an experiment to see is it was possible to bring an element of contrast to a figure. On the one hand he is a battered piece of rusty junk, but on the other he has a paper crown and a well loved stuffed toy.

I also went to town on him with painting and attempted to make him look as grotty as possible. A mixture of acrylic paint, inks and scraping with a knife resulted in a rather pleasing effect that I may well use again!

All the best
Posted by SpacecowSmith at 03:13 2 comments:

I have started this blog to cover all sorts of models, designs, maquettes and puppets that I create.

To get the ball rolling heres a couple of pictures of a Goblin Freelancer maquette I made for university. 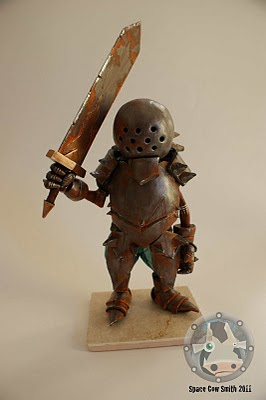 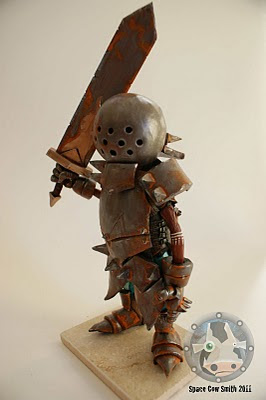 Goblin Freelancer
Created as both an experiment to see what I could do and as a visual aid to aid with my interview for business funding, the Goblin Freelancer is made from Sculpey, wire and plastic sheet.

I will be uploading quite a bit over the coming weeks so please feel free to have a peruse!

All the best!
Posted by SpacecowSmith at 17:22 No comments: